How to Deal with a Big Health Insurance Deductible

How to Deal with a Big Health Insurance Deductible

Many people select a health insurance plan with a high deductible because these plans are typically associated with lower premiums. However, a person's insurance doesn't begin to kick in until their medical costs have met that deductible -- which can be up to $6,350 under the Affordable Care Act.

The Dangers of a High-Deductible Plan

While choosing a plan with a big deductible might be a good way to avoid budget-busting premiums, the also leave the policy holder(s) exposed in the case of a medical emergency or the development of a chronic condition that needs regular expensive treatment. Even after a deductible is met, many plans don't completely cover medical costs -- offering to pay for a percentage of the total costs or requiring policy holders to provide a nominal co-pay.

To cover medical fees before a deductible has been met, some policies include a flexible spending account or health savings account. These accounts are typically funded via pre-tax income and do offer some relief under a high deductible. However, policy holders are essentially paying for expenses out-of-pocket and some of these accounts are a "use-it-or-lose-it" arrangement -- meaning unused funds at the end of the year are forfeited.

The ACA, also known as Obamacare, does provide a silver lining for those who can only afford a high-deductible plan by mandating that preventative services under these plans be provided free of cost. The reasoning is that a free colonoscopy is cheaper than treating colon cancer that went undetected. 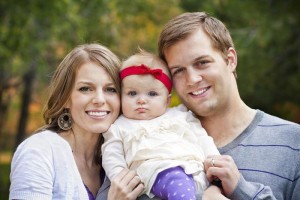 This financial gap in insurance has opened up a secondary market in the form of supplemental insurance. These plans are designed for those who want a high-deductible plan, but want to hedge their bet against a major injury or illness. For example, a $19-a-month plan might pay out to a policy holder in the event of a broken leg.

The popularity of these plans has actually increased in recent years -- with a recent report citing overall sales rising 11 percent between 2011 and 2012, according to Reuters. The reason for the increase is likely due to the increase in high deductible plans, which have risen 18.4 percent since 2011, according to a report from America's Health Insurance Plans.

One type of supplemental plan, offered by Health-Life-Dental-Insurance, is called an accident plan. This kind of insurance offers protection against costly medical bills that may fall short of meeting a high deductible. For example, falling off a roof could result in thousands of dollars in medical bills, but an accident plan would cover the cost of those bills -- minus a much more modest deductible.

Another type of supplemental insurance, also offered by Health-Life-Dental-Insurance, is a critical insurance plan. This type of plan guards the holder of a high deductible policy against catastrophic illness, such as cancer.  The costs of treating cancer might eventually add up to meet a deductible, but if that deductible is $6,000 -- the policy holder would have to find a way to pay for that out of pocket. Treatment for cancer usually spans for several years; requiring you to meet your deductible every year.

With the rising popularity of high deductible plans and fluctuating health insurance market, it may be time to consider looking at supplemental insurance. Give us a call today, 1-800-257-1723 to see how we can supplement your health coverage to better protect you and your family.

Why You Need Supplemental Accident Insurance