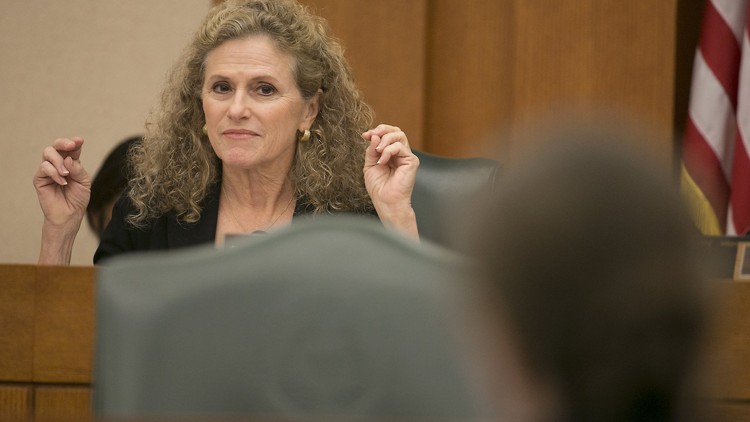 State Rep. Donna Howard, D-Austin, listens to Brian Guthrie, executive director of the Teacher Retirement System of Texas, answer a question during a hearing of a House Appropriations Subcommittee on Wednesday. In 2018, about 36,000 retired Texas teachers and their dependents opted out of the state health insurance program run by the system after increases to premiums and deductibles. RALPH BARRERA / AMERICAN-STATESMAN[/caption]

About 36,000 retired teachers and their dependents abandoned their state-created health insurance system this year after Texas officials enacted higher deductibles and premiums. Most of the retirees who left were 65 or older and opted to choose cheaper Medicare plans elsewhere, putting the Teacher Retirement System of Texas’ health insurance system, called TRS-Care, and its remaining 230,000 members at risk of a bigger shortfall in the future. In previous years, the number of retirees who dropped out of the system has been about 1,500 or less per year. The system expects a $410 million shortfall in the 2020-21 budget cycle, system officials told a Texas House Appropriations subcommittee Wednesday. “We need to find some sustainable revenue streams and not continually be looking at how do we alter our eligibility and our benefits packages to what I think is ultimately at the detriment of our retired teachers,” state Rep. Donna Howard, D-Austin, said during the hearing. To stave off a $1 billion shortfall, the Legislature in 2017 injected $484 million into the system over the next two years, but lawmakers also increased premiums and deductibles for some retired teachers by paring down the number of health care plans, including eliminating a $0 premium plan. After retirees complained to lawmakers about the higher costs later that summer, the Legislature during a special session added an additional $212 million to the system to lower premiums and deductibles, but it wasn’t enough to keep some retirees and their dependents in the system. “The average per-retiree contribution rates to care increased by nearly 50 percent in 2018. That was a shock to the system for many of them and proved to be very expensive,” Brian Guthrie, executive director of the Teacher Retirement System, told lawmakers.

Why did costs grow?

The Teacher Retirement System board will consider at the end of the month increasing premiums by $600 per year starting in 2019 for retirees who are under age 65 and not eligible for Medicare. Guthrie said Wednesday that it’s unlikely the board will approve the increase. This comes after Lt. Gov. Dan Patrick last month sent a letter to the board saying the Legislature would try to help fill the funding hole if the board forgoes the premium increases to those under age 65. The premium hikes would have dropped the expected 2020-21 shortfall from $410 million to $246 million. Last session, system officials estimated the shortfall for the 2020-21 biennium to be closer to $700 million, but Guthrie said the figure was cut nearly in half partly as a result of lower than expected claim costs and renegotiated contracts with pharmacy benefits management companies. Even so, teacher groups told lawmakers Wednesday the state needs more sustainable funding options. Currently, TRS-Care is funded largely by contributions from the state, current and retired teachers and school districts based on total salaries paid to active teachers. Growth in teacher salaries hasn’t kept up with the cost of health care for retirees — 3 percent versus 7.5 percent, according to Guthrie — contributing to the system’s budget shortfall. A third of the system was funded by the state during the current budget cycle and 40 percent by current and retired teachers.

Why are retired teachers leaving?

Tim Lee, head of the Texas Retired Teachers Association, told lawmakers that retirees over the age of 65 are having problems finding doctors who accept the state’s health insurance and have had trouble contacting TRS-Care representatives for help. Agents with other insurance companies see the disenchantment and offer more desirable plans, he said. “They are being bombarded by information as to staying in TRS-Care or leaving or buying an individual plan,” Lee said. “These are very confusing times for members.” Currently, once retirees over age 65 opt out, they can’t buy health insurance from the system again. Monty Exter with the Association of Texas Professional Educators said the retirement system needs to eliminate that policy. “To not let folks back into the system … is frankly against every free-market principle that a large majority of the legislators who make up this body have run on in the past,” Exter said. Exter also suggested that the retirement system expand its list of free or low-cost prescription drugs for retirees. Teacher groups have feared that if too many retirees, especially those who are healthy, opt out of TRS-Care, its unfunded liability will continue to balloon, which could translate into even higher costs for those retirees remaining in the system. State Rep. Helen Giddings, D-DeSoto, said she didn’t want retirees sacrificing quality of care for cost savings. “It seems to me that if you can’t afford it, that does indirectly affect the quality of the care that you get,” Giddings said.

At Health Life Dental Insurance we have a solution. 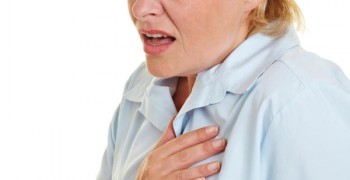 In today's healthcare environment you need a trusted student of the industry as your agent - why our clients love us.